‘The declaration of the state of alarm was an extraordinary step – an emergency measure provided for in Spain’s constitution that was used for the first time in 32 years.’

As many a commentator has remarked, Margaret Thatcher’s brilliance lay in knowing how to pick her enemies – in Arthur Scargill, the former British prime minister had the luck to find her perfect adversary. Spain’s socialist government this week found its own very popular public enemy number one: a group of air traffic controllers whose en masse claims of sickness and stress paralysed Spain’s airports during one of its most popular long bank holiday weekends, leaving tens of thousands of passengers grounded.

Unlike airport chaos caused by volcanic ash, bad weather, overbooking and general airport mismanagement, consumers camping out or queuing for hours for information at terminals in Spain and abroad had clearly identifiable – and, as the public works minister has been pointing out for the last year, vastly overpaid, with a gobsmacking average annual salary of €350,000 (£300,000) – individuals to blame.

As the government accused the strikers of holding passengers «hostage» to protect «unjustified privileges», the reporting on even the most serious media outlets became increasingly one-sided as the rage of the Spanish public engulfed airwaves.

Air traffic controllers in Spain argue the government is wrong to claim they are paid more than their European counterparts, and only increase their yearly salary through overtime payments because there are too few of them. Their choice of a wildcat strike looked designed to counter Spanish striking laws, which often demand authorities approve strikes on the basis of the maintenance of «minimum services», regulation that saps union power.

The case of the controllers, though, went largely unheard during the chaos, mainly because you would have had to have been a brave controller to grant an interview. The Spanish channel CNN+ showed footage of a group of stranded passengers who tracked air traffic controllers down to a hotel and confronted them. As the police escorted the controllers inside their meeting room, one woman loudly insulted the controllers and called for them to be sacked to general applause.

Much coverage was low on facts, led by government statements and desperate passengers calling into television and radio stations from airports.

The anger of the general public was easy to understand. Earlier in the year, the public works minister, José Blanco, had said at least one air traffic controller had made €900,000 (£760,000) in a year. Spain has been battling market jitters that it could suffer the same fate as Greece and Ireland, and here was a group of highly paid, state-funded workers dealing a body blow to the tourism industry, Spain’s international reputation and individual holiday plans in a country where one in five workers are jobless.

Many passengers hoped that military air traffic controllers would be brought in to run the airports, as Blanco had threatened earlier this year. However, the government ultimately seems to have rejected this option, perhaps because the scale and complexity of modern airports is beyond the ability of controllers used to supervising fewer planes.

Instead, the government opted to declare a «state of alarm», allowing them to «militarise» the striking air traffic controllers. This basically meant that if the controllers refused to return to work, they could be sent to prison under military criminal law.

The declaration of the «state of alarm» was an extraordinary step – an emergency measure provided for in Spain’s constitution that was used for the first time in 32 years. So unpopular have the controllers become, such was the urgency for something to be done to get the airports moving again, that worryingly few questions have been asked about its use.

Spanish prime minister Jose Luis Rodriguez Zapatero today said his decision to declare a state of alarm had «produced results» and would consider extending it beyond its 15-day life. The conservative opposition party, the PP, also supported its use.

Only leftwing Izquierda Unida has dared to suggest the ends may not justify the means. Speaking after a ceremony attended by all the parties to celebrate 32 years since a referendum that helped seal Spain’s transition from dictatorship to democracy, IU’s parliamentary spokesman, Gaspar Llamazares, said the use of the state of alarm was «an abuse of the constitution».

Using military law to resolve a conflict workers have with their (state) employer is a heavy-handed measure, and one that the government will presumably not be able to extend beyond Christmas. The issues behind the wildcat strike remain unresolved. The use of the state of alarm sets a troubling precedent. If a state of alarm is used to force down strikers and reinstate flights, because they are public services, is Spain saying that striking is basically unacceptable if it affects us in our daily lives? 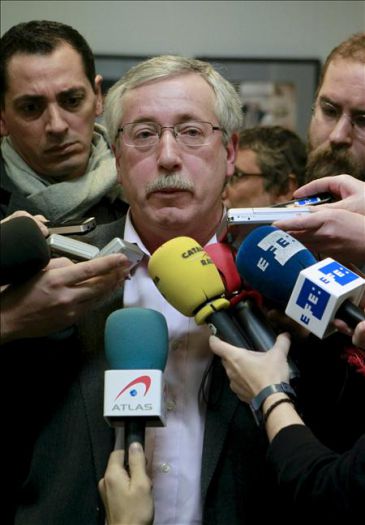 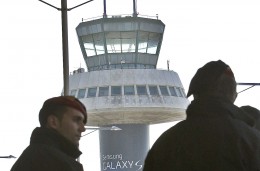