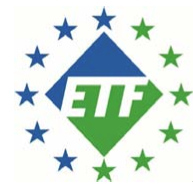 The European Transport Workers’ Federation (ETF) is greatly concerned by the events, which occurred in Spain last weekend. Whatever the difficult context, the ETF cannot accept that a trade union action might lead to such strong measures. The ETF considers that the Spanish Government, the Spanish employer and the employees should return to a fruitful social dialogue, which is the only guarantee for a prosperous society.

The walkout initiated by USCA is the result of a long pending problem inside AENA industrial relations. The «State of alarm» decided by the Spanish Government to ensure the continuity of the service seems difficult to understand from outside of the country. This decision will create new difficulties for the problem that the social partners had to solve and it places them both in a very difficult and delicate situation for the short and medium term. It is obvious that the Spanish Government has acted erratically and this will have bad consequences for the future of the Air Transport industry in Spain and in Europe.

Using a Royal Decree, the Collective Agreement of the Spanish Air Traffic Controllers has been reset by the Government.

The ETF does not support any illegal action but the use of military authority on workers, forcing them to work, is unacceptable for the ETF

In addition, the ETF believes that working under the pressure of military supervision may put the Safety of the Civil Aviation at risk as this approach cannot guarantee a reliable service.

Furthermore, the ETF strongly opposed to the decision of the Spanish government to partly privatise AENA activities. Air traffic and airport management is a service of general interest that is not compatible with private interests.

«The ETF develops day after day a policy, which is aimed at defending workers’ terms and conditions as well as the prosperity of the European Air Transport industry for the good of the European citizens. To reach this goal, we strive to find solutions within the framework of social dialogue. ETF Political Secretary for Civil Aviation, François Ballestero says. We do not  spare efforts and we face sometimes difficult situations.

We call all the Air Navigation and Airports Services employers and the Member States governments to develop normal procedures of negotiations. We are committed to stand firm if the current approach would be used again in Spain or anywhere else.

The millions of workers of the ETF and the 250000 civil aviation affiliates will not tolerate any attempt to use the army instead of the social dialogue». 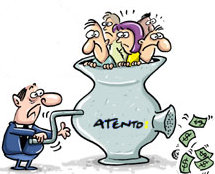